The Deferred Action for Childhood Arrivals (DACA) program was enacted by the Obama administration in 2012. It provides protection from deportation to non-citizens brought to this country as children; who have grown up here, yet lacked legal status; and who enroll in this valuable program. It provides legal status to participants, and so protects them from deportation-removal. It also allows them to receive employment authorization cards. DACA beneficiaries may also one day qualify to become lawful permanent residents, and eventually, U.S. citizens – something the incoming Biden administration has voiced support for.

In June of 2020, the U.S. Supreme Court ruled the Trump administration’s efforts to terminate the DACA program were not in conformity with the law, and so continued to extend the protections of this program to registered beneficiaries.

Very recently, Federal District Court Judge Nicholas Garufis, of the E.D.N.Y., ruled the Trump administration must accept new DACA enrollees who satisfy the requirements of the original program. To qualify, the applicant must have been born on or after June 16th, 1981; have come to the U.S. before their 16th birthday; have continuously resided in the U.S. since June 15th, 2007; and not have a disqualifying criminal conviction. These aer the main requirements.

It is important that people who may qualify, but who failed to register previously, do so immediately. While the Trump administration can challenge this ruling, it is more likely the Biden administration would abandon any such opposition. Those who did not know about this program, or who just didn’t register initially, now have a second chance. If you know someone that qualifies for this program, let us know. 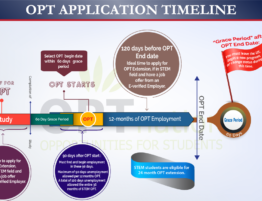