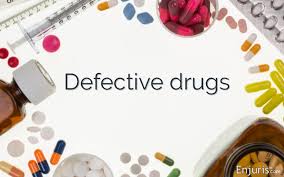 Our law firm can assist with representing clients who have been injured by defective medications and dangerous prescription drugs, including:

Invokana has recently been linked with diabetic ketoacidosis and osteoporosis. Diabetic ketoacidosis is a serious diabetes complication where the body produces excess blood acids (ketones). This can then lead to renal failure and various cardiovascular risks. Osteoporosis decreases bone strength and increases the risk of broken bones. Heart attack and stroke are other potential side effects not noted on the warning labels of the product.

Nexium and Prilosec. In recent years, it has been discovered that drugs known as proton pump inhibitors (PPIs) are linked to serious side effects such as kidney failure, dementia, birth defects, and heart attacks. Nexium and Prilosec are among these drugs. Millions of proton pump inhibitors are prescribed by doctors on a yearly basis, and even more are available over the counter. Starting in 2020, the U.S. Food and Drug Administration started to watch over the dangers of prolonged use of heartburn drugs.

Taxotere. It has been recently discovered that 10-15% of women who use this drug will suffer from alopecia, or permanent hair loss. Phase II clinical trials of the drug in 2005 revealed this, yet the prescription label was not updated until January of 2016 to note the risk of alopecia. As a result of the manufacturer’s failure to warn of these risks, thousands of women already battling breast cancer are now permanently bald.

Xarelto. Recently, the drug has been found to have similar bleeding risks as Pradaxa, causing many patients to suffer extreme side effects. Many lawsuits have been filed against the makers of Xarelto for failing to warn patients and doctors about the dangerous side effects. The manufacturers of Xarelto have also been accused of producing a defective product because they released Xarelto without an antidote to its effects.

Zofran. Many cases are being investigated regarding the medication Zofran. It has been stated that taking the prescription during pregnancy can lead to very severe birth defects. The medical community is now investigating this medication closely.