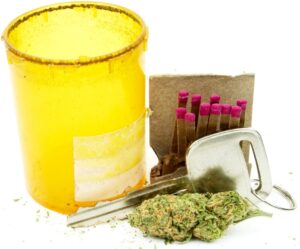 DWAI Offenses in New York
For purposes of New York’s DWAI law, “ability impaired” means impairment, to “any extent,” of the person’s physical and mental abilities, which he or she is expected to possess to operate a vehicle as a “reasonable and prudent” driver.

There are three types of DWAI offenses. It’s unlawful for a person to drive a vehicle while their ability is impaired by the:

consumption of alcohol (“Alcohol-DWAI”)
use of a drug (“Drug-DWAI”), or
use of a combination of alcohol and drugs (“Combination-DWAI”).
If a defendant’s blood alcohol content (BAC) is .05% or less, it’s presumed that his or her ability to operate a vehicle wasn’t impaired by the consumption of alcohol. However, a defendant with a BAC of .07% or more but less than .08% is presumed to be DWAI. If the defendant’s BAC is in the middle—more than .05% but less than .07%—there’s no presumption as to whether the defendant was impaired.

DWI Offenses in New York
A motorist commits a DWI offense by operating a vehicle:

in an intoxicated condition (“DWI”), or
with a BAC of .08% or more (“DWI per se”).
New York’s DWI law defines an “intoxicated condition” as impairment to the extent that the defendant is unable to employ the physical and mental abilities which he or she is expected to possess to operate a vehicle as a “reasonable and prudent” driver.

Administrative Penalties
License suspension and revocation. Under New York’s implied consent law, a driver is required to take a chemical test if an officer has reasonable grounds to believe he or she has committed a DWAI or DWI.

At the arraignment (the first court date), the court will suspend the license of any driver who had a BAC of .08% or more while the criminal prosecution is pending. The court will suspend the license of a driver who refused a chemical test pending the outcome of a Department of Motor Vehicles (“DMV”) hearing. If the refusal is confirmed at the hearing, the DMV will revoke the motorist’s license for one year.

Eligible offenders can obtain a “conditional license” or “hardship privilege,” which allow driving in limited situations during the suspension or revocation period.

A motorist whose license is revoked for refusing to submit to a chemical test must pay a $500 civil penalty.

Criminal Penalties
A first conviction for Alcohol-DWAI is a traffic infraction and the penalties imposed are generally less severe than those for other impaired driving convictions. In contrast, first convictions for DWI per se, DWI, Drug-DWAI, and Combination-DWAI are misdemeanor crimes.

Penalties for First Alcohol-DWAI Convictions
Jail and fines. An Alcohol-DWAI conviction carries a maximum sentence of 15 days in jail and/or a fine of $300 to $500.

The court will impose a 90-day driver’s license suspension for a first Alcohol-DWAI conviction. A defendant who participates in a drug and alcohol rehabilitation program can usually apply for a conditional license during the term of the suspension.

Penalties for First DWI, Drug-DWAI, and Combination-DWAI Convictions
Jail and fines. The maximum jail sentence for first a DWI, Drug-DWAI, and Combination-DWAI is one year. In addition to or instead of a jail sentence, the court can impose a fine of $500 to $1,000. (Motorists with a BAC of .18% or more can face the more serious charge of aggravated DWI.)

The defendant’s license will be revoked for six months as the result of a first DWI, Drug-DWAI, or Combination-DWAI conviction. Defendants who participate in a rehabilitation program are generally eligible for a conditional license.

A defendant who’s convicted of DWI or DWI per se must complete a term of probation or conditional discharge. As a condition of probation, the defendant must install and maintain an ignition interlock device (IID) in any vehicle that he or she owns or operates. Depending on the circumstances, the defendant will have to use the IID for a minimum of six months or one year.

Additional Penalties for DWI and DWAI Convictions
Alcohol/drug screening, assessment, and treatment. DWI and DWAI offenders generally must submit to a screening for alcohol and substance abuse. If the screening indicates that the defendant is abusing or dependent on alcohol or drugs, the court will require the completion of a formal substance abuse assessment. The defendant must complete treatment if the assessment indicates alcohol or drug abuse or dependency.

The court can require DWI and DWAI offenders to attend a victim impact program (“VIP”).

A VIP is a single session during which presentations are made regarding the impacts of driving a vehicle while under the influence of alcohol or drugs.

All motorists who refused to take a chemical test or are convicted of any DWI or DWAI offense must pay a driver responsibility assessment fee. Failure to pay the assessment results in a driver’s license suspension, which remains in effect until payment is made in full.